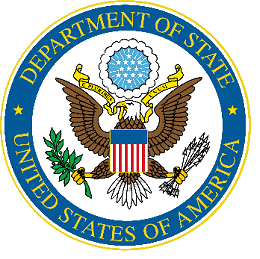 The Islamic Republic of Iran is a theocratic republic with a Shia Islamic political system based on “velayat-e faqih” (“guardianship of the jurist” or “rule by the jurisprudent”). Shia clergy, most notably the “supreme jurisprudent” (or supreme leader), and political leaders vetted by the clergy dominated key power structures. While mechanisms for popular election existed within the structure of the state, the supreme leader held significant influence over the legislative and executive branches of government (through various unelected councils under his authority) and held constitutional authority over the judiciary, the government-run media, and the armed forces. The supreme leader also indirectly controlled the internal security forces and other key institutions. Since 1989 the supreme leader has been Ayatollah Ali Khamenei. In 2013 voters elected Hassan Rouhani president. Despite high popular participation following open debates, candidate vetting by unelected bodies based on arbitrary criteria and restrictions on the media limited the freedom and fairness of the election. In the last parliamentary elections in 2012, the government controlled candidate vetting and media reporting. Civilian authorities maintained effective control over the security forces

The most significant human rights problems were severe restrictions on civil liberties, including the freedoms of assembly, association, speech (including via the internet), religion, and press; limitations on citizens’ ability to choose the government peacefully through free and fair elections; and abuse of due process combined with escalating use of capital punishment for crimes that do not meet the threshold of most serious crime or are committed by juvenile offenders. Other reported human rights problems included disregard for the physical integrity of persons, whom authorities arbitrarily and unlawfully detained, tortured, or killed; disappearances; cruel, inhuman, or degrading treatment or punishment, including judicially sanctioned amputation and flogging; politically motivated violence and repression; harsh and life-threatening conditions in detention and prison facilities, with instances of deaths in custody; arbitrary arrest and lengthy pretrial detention, sometimes incommunicado; continued impunity of the security forces; denial of fair public trial, sometimes resulting in executions without due process; the lack of an independent judiciary; political prisoners and detainees; ineffective implementation of civil judicial procedures and remedies; arbitrary interference with privacy, family, home, and correspondence; harassment and arrest of journalists; censorship and media content restrictions; severe restrictions