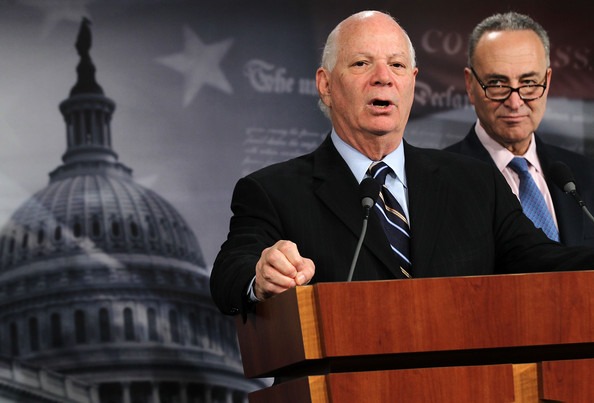 Congress unanimously passed the 1996 legislation to stop major foreign investment in Iran’s energy sector, with the goal of denying the regime the ability to financially support international terrorism, nuclear proliferation, and missile proliferation. Congress has extended the bill several times since then. Reauthorizing the Iran Sanctions Act for another ten years ensures that the United States will retain the tools necessary to snap back sanctions should Iran cheat on its obligations under the Joint Comprehensive Plan of Action (JCPOA).

“After extensive consultations with my colleagues in both chambers of Congress and on both sides of the aisle, it is clear that we need to reauthorize the Iran Sanctions Act before the end of the year. Doing so is vital if the United States wants to retain a credible deterrent of snap back sanctions,” Cardin said. “U.S. policy on Iran has always been strongest when Congress stands united. To that end, I call on my colleagues in the Senate and House to quickly take up this bill when we return in September.”

“It is essential that Congress keep Iran’s feet to the fire to make sure they do not violate the JCPOA. This bill would provide the sanction authority that helps us do just that,” Schumer said.

The original co-sponsors of the bill are as follows: